Christ The Rock Revival Ministry International is the fruit of the Global Church Revival Movement mandate.

According to divine leading this Ministry is still in its infancy, and is engaging in the mystery of a prayer chain of agreement called the Power house encounter. This prayer chain is for the purpose of generating the required power for a successful takeoff for the full time phase of the ministry.

Due to our belief in doing things in the proper order of “not despising the days of little beginnings”, the prayer chain began on the 15th of March, 2017 in the home of the visionary, Joachim Aigbe, with just 6 people in attendance.

After just 3 months, the number of attendees exceeded the space available in his home, and necessity demanded that the location be moved to its present location where there are over 200 people average attendance every Sunday evening.

God has proven Himself to be solidly backing this ministry as there have been diverse testimonies of healing, deliverance, salvation, breakthroughs, miracle jobs, miracle children and etc. 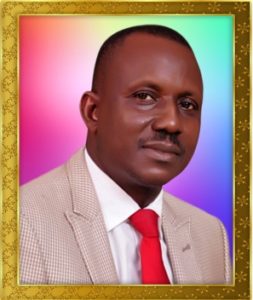 Pastor Joachim Aigbe was saved and delivered from the valley of decision after over forty years in the wilderness of sin by a divine visitation, after which, he received in very clear terms, the calling of God upon his life, which was backed by a confirmation by God’s servant David Ibiyome. He pursued this calling until he was ordained a pastor in Living Faith Church, and by the anointing and gifting of the Holy Ghost upon his life as a teacher and prophet, he rose with unprecedented speed through the ranks until he became a district pastor despite all the undue criticisms and persecutions he suffered.

Pst Joachim Aigbe is a prophet sent by God to this generation with a message of revival, he is a mentor to many, both old and young, and a vessel being used by the Holy Ghost to show forth His glory in the body of Christ.

PstJoachim Aigbe is a staunch advocate of Matthew 6:33 with infallible proofs, and the senior pastor of Christ The Rock Revival Ministry International, Lagos.

Pst Joachim Aigbe is also the visionary of the Global Church Revival Movement, a divine mandate and movement aimed at igniting a Trans-generational revival in the Church of Christ globally.

Pst Joachim Aigbe takes great pleasure in helping the less privilege, through an active and robust welfare program which caters for such needs as scholarships, welfare packages to the widows, medical bills payment, and skill acquisition training program for the unemployed, among others.

As a teacher, and prolific writer with the sole aim of impacting lives, Joachim Aigbe has published two life changing books namely: (1) Believe Your Prophet (2) The Enemy Within

With many others still in the works, to be released soon.

WORSHIP WITH US LIVE

THE ESSENCE OF THE CHRISTIAN FAITH

THE ESSENCE OF THE CHRISTIAN FAITH